The Magic Money Tree does exist

The Magic Money Tree does exist

"Ultimately, from an institutional and economic perspective, there is a magic money tree, though it should be understood as a legislative money tree represented by the [Consolidated Fund] with recourse to Parliament. The true limits on the Government’s spending power are the productive capacity of the UK economy, the political will of Government and the consent of Parliament"

A useful corrective From Bella Caledonia to the wilder speculation about London control of trade union actions. Especially in the current railway dispute.

"Ruth Wishart, a stalwart pro-independence commentator and respected public intellectual, claimed that ASLEF were ‘sabotaging a newly nationalised rail service’. The Minister for Employment and Fair Work no less, Richard Lochead, also urged restraint on rail unions, imploring them to accept a level of wage increase which was ‘affordable’ to Scotland. In effect, this amounts to demanding that staff who were lauded as ‘key workers’ during the pandemic and applauded as central to Scotland’s new publicly-owned railways a few months ago take a major hit to their incomes when inflation is running into double digits.  "

Scotland must learn from Norway's success

Scotland must learn from Norway's success

Independent Scotland would be wealthy enough to fund a just transition to renewables – and lower electricity bills.

At the time of the 2014 referendum, voters were told it was too late to benefit from Scotland’s oil and gas. They would run out in 15 years, leaving Scotland depending on energy imports from England.

Now, a windfall tax could raise £2 billion on the oil companies’ huge profits. And England imports most of its energy from Scotland. But Scots don’t benefit from that – they are charged more in energy bills than the rest of the UK.

Is Holyrood living up to the principles it was founded on? Asks Joanna Cherry

Is Holyrood living up to the principles it was founded on? Asks Joanna Cherry

In an article in this month’s edition of Scottish Left Review (www.scottishleftreview.scot/scotland-as-a-centralised-state) he deplores Scotland’s over-centralised system of government. Lesley Riddoch has written extensively about the shortcomings of local government in Scotland compared to every other European nation. She reprised some of these points in her National column yesterday, so I am going to concentrate on the implications of Professor Mitchell’s critique for Holyrood.

He concludes that the failure to address the deficiencies in our system “ ... makes Scotland stand out as an outlier along with the rest of the UK in European local governance. For all the talk of being more European, of abandoning the Westminster model of government, today’s Scottish polity looks as insularly British with a Holyrood cherry on top of that which existed pre-devolution.

“How we constitute ourselves is one of the most basic, if multi-faceted, issues in politics. It has to be about more than creating a parliament and accumulating power for the executive in the parliament’s name. We have lost sight of the ideals of self-government that animated earlier debates and stuck with a Scottish variant on the system that was supposed to be rejected. For all the talk of popular sovereignty, what has emerged is a mini-Westminster in which the executive is dominant, parliament is compliant, and any other potential sources of legitimacy are denuded of authority.”

READ MORE: Unionists may be in trouble but Scottish independence voters need to see more vision

This pointed criticism should concern all parties in Holyrood, not just those who support independence. However, it poses a particular challenge for the independence-supporting parties because we are supposed to be fully committed to doing things differently to Westminster. So how will those parties respond to this challenge and when?

The Constitutional Convention that brought about devolution identified that at Westminster power was too concentrated in the hands of the executive and it wanted the Scottish Parliament to be different. But is it? And is it living up to its founding principles?

If we look at just one example identified by Professor Mitchell, the answer is no. He argues that the Scottish Parliament’s committee system is much weaker than Westminster’s, which was reformed more than a decade ago. He is right.

At Westminster there are standing select committees established to scrutinise the work of each government department. The chairs of these committees are directly elected by MPs in a secret ballot, ensuring their independence from the government of the day. Ordinary seats on the committees are much sought after, and MPs in the Labour and Tory parties have to submit themselves to internal elections to secure a place. In the SNP who gets to sit on a committee is up to the group leader, an approach which we could do with revisiting.

In practice, even chairs from the ruling party act independently and are not afraid to criticise the government trenchantly. Separate bill committees are constituted to scrutinise each government bill. At Holyrood the two functions are combined, and the chairpersons of the committees are determined by party whips meaning they are far more likely to toe the party line.

Fairly constituted committees with independent chairs are particularly important to ensure scrutiny of government actions and legislation, especially where there is no second or revising chamber.

THE shortcomings of the Holyrood system were highlighted this week when it emerged that the membership of the committee charged with scrutinising the Gender Recognition Reform (Scotland) Bill was dominated by MSPs who are members of a cross-party pressure group which supports self-identification and has excluded lesbians and feminists who disagree. The committee’s deputy convener has reportedly accused people who disagree with self-ID of transphobia.

No-one expects MSPs not to have a position on government legislation informed by the manifesto commitment on which they stood. But in this respect it is worth remembering that only the Liberal Democrats and the Greens explicitly supported self-identification in their party manifestos and together they have only 12 of the Parliament’s 129 MSPs.

Furthermore, the issue is not so much that the majority of MSPs on the committee are on one side of the argument but that they have embraced an approach which shuts down debate and seeks to silence the other side and demonise their views. When lesbians and feminists are only allowed to be part of the Parliament’s cross-party group on LGBTI+ issues if they espouse gender identity theory, we are a long cry from the Parliament’s founding principle of equal opportunities for all.

Parliament’s function is to hold the government to account. That means every single MSP who is not part of the ministerial team, not just those on the opposition benches. The opposition are there to put forward a case that they should replace the government, however backbench MSPs of the party of government should be there to cajole, improve and stretch the government of the day to do better.

MSPs are not answerable to the press teams of their parties or paid party staffers. They work for the people and for the greater good of the country. As Edwin Morgan put it in his poem for the opening of our Parliament; “What do the people want of the place? They want it to be filled with thinking persons as open and adventurous as its architecture. A nest of fearties is what they do not want ... A phalanx of forelock-tuggers is what they do not want.”

Scotland’s first Citizens’ Assembly was charged with thinking about what kind of country we are seeking to build. It addressed the issue of MSPs working to party lines rather than engaging in critical thinking of their own, recommending that MSPs be encouraged to act on the views of their constituents, rather than sticking with party lines. It said MSPs should actively consult with constituents on matters which may have an impact on their community and on matters about which a significant number of constituents have shown concern. Some of their key recommendations included the involvement of citizens in decision making with a proposal for a House of Citizens to scrutinise government proposals and give assent to parliamentary bills, a sort of second chamber if you like.

Alternatively, they recommended the regular use of Citizens’ Assemblies to look at difficult issues where politicians cannot come to agreement, and to ensure accountability for follow up.

READ MORE: We need to ignore the trolls who look to divide Scottish independence movement

Just think how the use of a Citizens’ Assembly might have improved the debate around and scrutiny of proposals for reform of the Gender Recognition Act, as it did in Ireland on the equally fraught issue of abortion rights. This is something I first proposed, together with a trans constituent, back in June 2019. Sadly, our pleas fell on deaf ears.

The innovative proposals of the first Citizens’ Assembly are very much in keeping with Scotland’s constitutional tradition of the people being sovereign and I hope they will not be left to languish on the shelf.

It is interesting to think how Scotland’s constitution may have developed had Scotland not become part of the Union. However, we do not need to wait for independence to start acting on some of these suggestions. Indeed, our Parliament and our parliamentarians need to be ready for the challenges ahead.

If, as Ian Blackford has suggested, the second independence referendum is to be further delayed, we need a revamp of Holyrood. If the indyref is indeed imminent, Professor Mitchell’s analysis shows how important it is that work on an interim constitution focuses on proper checks and balances on executive power and meaningful scrutiny mechanisms.

The cost of extraction, generation and distribution of energy has not changed significantly since last year. The energy companies are exploiting a shortage of gas to improve their profits. 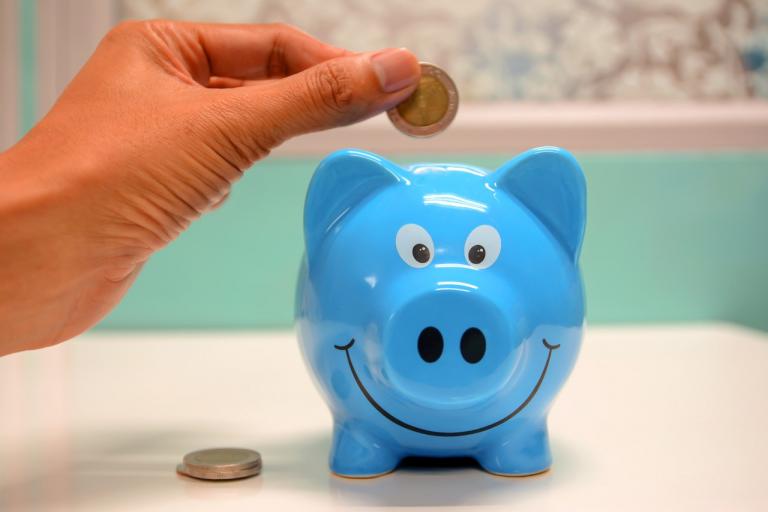 When was the last time you asked the Bank of England to create some money and pay it into your account. 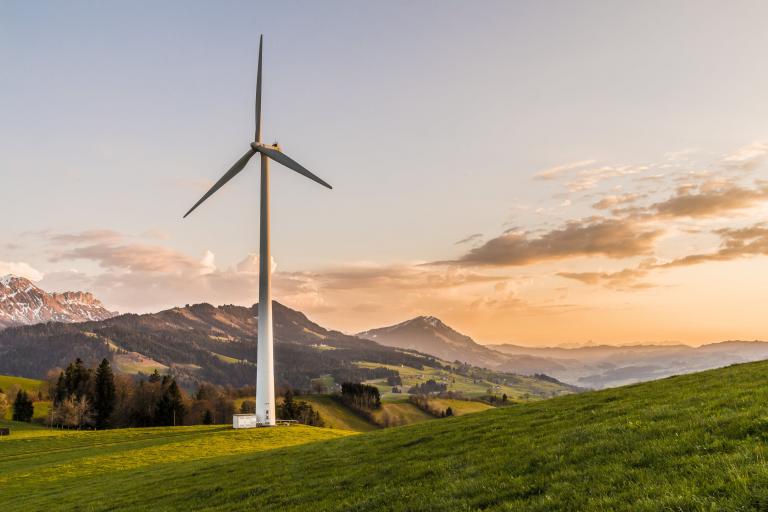 Energy costs are on the rise, how will an independent Scotland control energy prices?

Editing method for the Contents

Editing method for the Contents

This is the method to be used to edit the older entries.

Go to the last item on the last page of the contents list. (accessed by clicking only on the contents button, not the drop down menu)

Click on last item (this is the oldest un-revised entry)

The main element of the edit is to provide a headline of one (or two) sentence(s).  To do this a readability app can be used: Readable located at:

When editing the fast facts, the opportunity should be taken to edit the whole of the entry. Otherwise the possiblity of a systematic edit of the contents is lost.

Check on each of the elements - are they completed? Is the URL correct? Do any details need to be added? Is the "More Details" completed? are the keywords correct, adequate, or excessive? Is there one or two questions that the resource addresses? (there should not be more than 2 ever)

When finished editing, click preview or save. If "Preview" note that the way back to the entry is a pale button in the upper left of the window. This allows further editing.

"Save" will display the edited item. Review it  To make any further changes you will need to go to the edit button and go through the edit process again.

Click on refresh button and the oldest entry is revealed.

If we can maintain this sort of method, the whole of the Information Resources will be edited at the end of the process.  Each entry takes an average of 5 minutes to edit.